The registration was somewhat cursed. On June 14 1943 a B-17C aircraft of the United States Army Air Force (VH-CBA) crashed shortly after take-off from Bakers Creek. On board were five crew and thirty-eight passengers who were returning to New Guinea after completing R and R in Mackay. There was only one survivor. The aircraft was operated by the 46th Troop Carrier Squadron of the 317th Troop Carrier Group which formed part of the 5th Air Force. The crash of the B-17C was the worst accident involving a transport aircraft in the South-West Pacific during World War II. 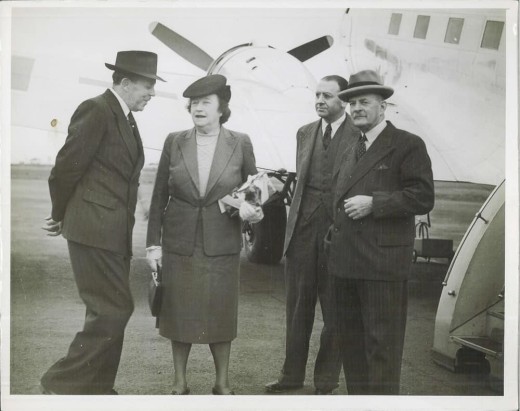 The inaugural flight of Commonwealth Ban