Convicted of using an instrument to procure a miscarriage. Janet Wright was a former nurse who performed illegal abortions from her house in Kippax Street, Surry Hills. One of her teenage patients almost died after a procedure and Wrightwas prosecuted and sentenced to 12 months hard labour. Aged 68. 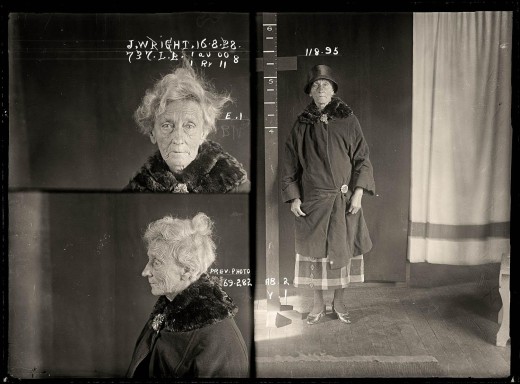 Convicted of using an instrument to proc