Jean Wilson had numerous convictions for housebreaking and theft. She preferred stealing jewellery as it could be easily pawned for money. She also robbed her employer. Wilson was charged with larceny, for which she served a 12-month sentence.Aged: 23 in 1924? DOB: 1904. 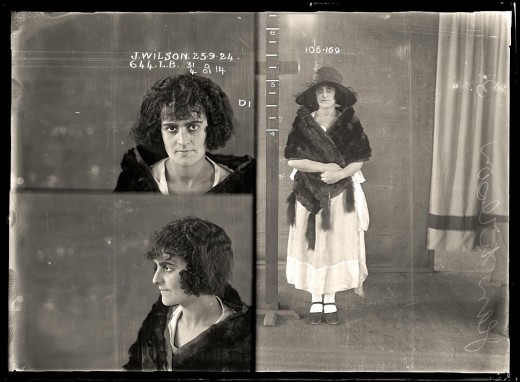 Jean Wilson had numerous convictions for