Inventor John L Baird gives the first ever public demonstration of a Television at Selfridge's Department Store in London. January 26, 1926.

It would probably be controversial to say that he invented television since his technology was mechanical (and later photochemical with a small time delay) and deemed impractical, but he did demonstrate tele-vision, sort of a sped-up telephotography or phototelegraphy or the wirephoto. There's no doubt he was a brilliant inventor even if his implementation was a stepping stone toward the all-electronic television that followed and achieved widespread adoption. 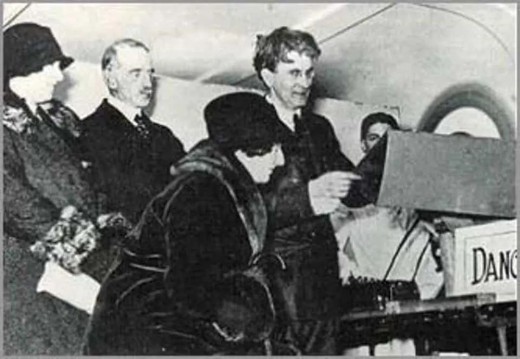