Tasmanian Lillian Sproule became involved in Sydney's cocaine trade. She was labelled a 'parasite in skirts' by the newspapers and had multiple convictions relating to drug dealing. She was sentenced to six months in prison. DOB: 1878. 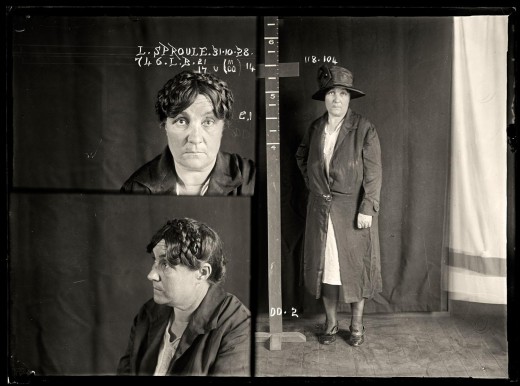