There is more than one version of why and/or how Marilyn posed in a burlap potato sack. The story is that Marilyn was once chastised by a female newspaper columnist for wearing a low-cut red dress to a party at the Beverly Hills Hotel.

According to Marilyn, the columnist called her cheap and vulgar. Not stopping there, the writer then suggested that the actress would look better in a potato sack. So, Twentieth Century Fox decided to capitalize on the story by shooting some publicity stills of Marilyn in a form fitting burlap potato sack just to prove she would look sexy in anything. The photos were published in newspapers throughout the country.

Another story was that someone just made an off-the-cuff statement that Marilyn could make a potato sack look sexy, and Twentieth Century Fox took the publicity stills to prove him right. 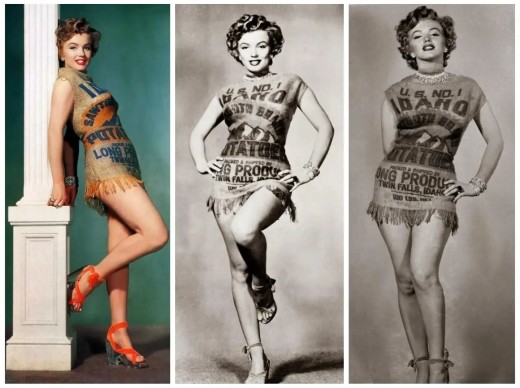 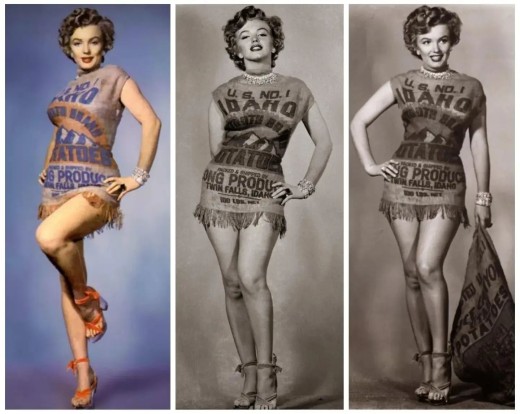 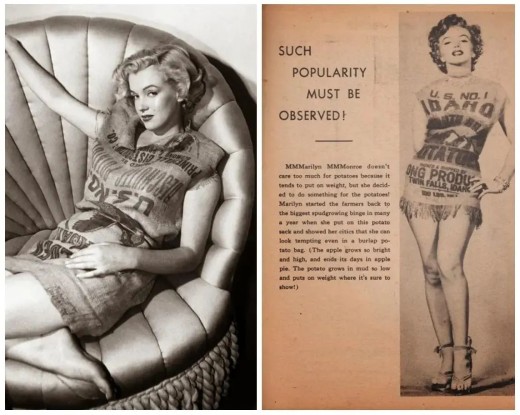