A photograph of this same pair appears in the newspaper Truth, of 14 June 1942, taken after they had appeared at North Sydney Police Court on charges of being idle and disorderly persons, having insufficient means of support, and with havinggoods in their possession - including a military uniform and an American dollar bill - believed to be stolen. After being remanded in custody for a week, both were released on bonds.

Of the photographs, McQuade later said to a Truth correspondent: 'We were bundled out of the policecell, and snapped immediately. My friend and I had no chance to fix our hair or arrange our make-up. We were halfasleep and my turban was on the wrong side.' McQuade told the paper of his ambition to be a professional female impersonator, and spoke of his admiration for his mentor, Lea Sonia, who had been killed not long before getting off atram in the wartime 'brownout'. 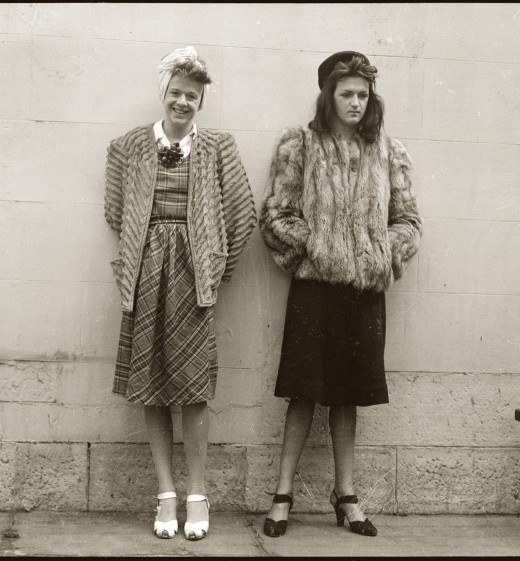 A photograph of this same pair appears i