Special photograph no. 1298. Patrick Riley (alias Matthew Edward Riley) was convicted in October 1924 of making counterfeit coins, and of having a coining instrument (ie a mould) inhis possession, for which he was sentenced to two years imprisonment with hard labour. 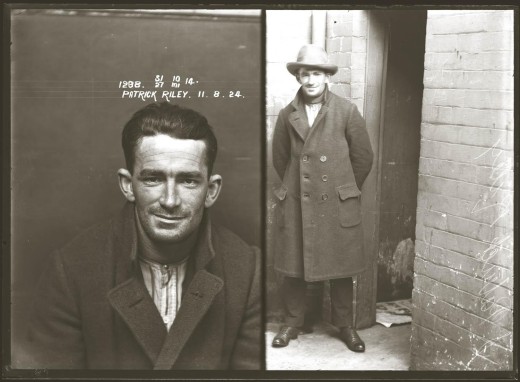