Pearl McFadden may have been supporting herself by working as a prostitute. Many sex workers were charged with vagrancy and having insufficient means of support, as it was a relatively easy charge to prove. McFadden was sentenced to sixmonths with hard labour. DOB: 1910. 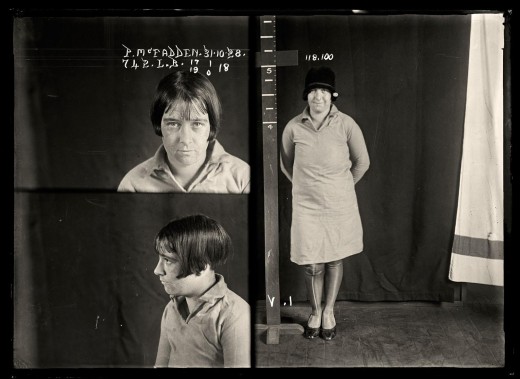 Pearl McFadden may have been supporting