Special photograph no. 1266. Details surrounding this particular photograph are unknown, but Sidney Kelly was arrested many times and much written about in newspapers during the 1920s, 30s and 40s. He was charged with numerous offences including shooting, and assault, and in the 1940s was a pioneer of illegalbaccarat gaming in Sydney. This image appears in the Photo Supplement to the NSW Police Gazette, 26 July 1926, p. 6 captioned, "Illicit drug trader. Drives his own motor car, and dresses well. Associates with criminals and prostitutes." 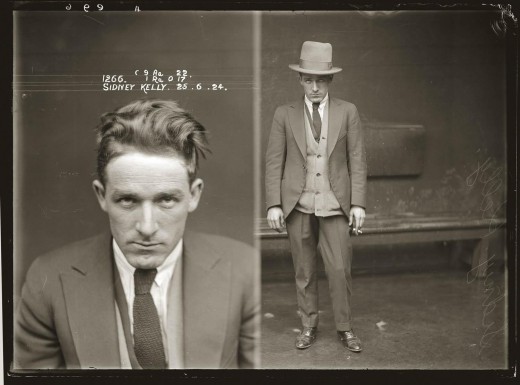