The first coin to become official currency in New South Wales was the cartwheel penny. It was minted in London in 1797 and shipped to the colonies to alleviate the shortage of coinage.

When the First Fleet arrived in New South Wales, very little actual money arrived with it. The Governor, Captain Arthur Phillip, had a kitty of £300, while the officials and marines of the New South Wales Corps only carried very small a and negligible amounts of coin.

In the early days of NSW, coins from many countries were in circulation and their value was often in dispute. In 1880, when the pennies arrived, Governor King issued a proclamation defining the value of the various currencies. The pennies were circulated in Australia at 2d (twopence) to discourage visiting merchants from accepting them and removing them from the colony.

Wages in early NSW were often paid in food, but the need to buy goods from trading ships made the lack of coins a problem. A barter system developed and rum quickly became a default form of currency.

Governor Phillip requested more coinage, and in 1790 around 4500 Spanish dollars were shipped to the colony. However, payments to the traders meant that much of the currency rapidly left these shores.

Over coming years a variety of coins circulated, including English guineas, shillings and pence, Spanish dollars, Indian rupees and Dutch guilders. There was no agreed value for any of these coins until Governor King stepped in. As well as setting the value of Australia’s first coin at twopence, he decreed that the Spanish dollar would be worth five shillings, while an English guinea would be worth one pound two shillings. Despite King’s efforts, currency continued to be in short supply.

Governor Lachlan Macquarie, arriving in 1810, took some steps to curb the rum trade and in 1814 introduced the holey dollar – a Spanish dollar with a hole punched through it. As this would only be accepted in the Australian colonies, it helped to arrest the draining of currency by international traders. 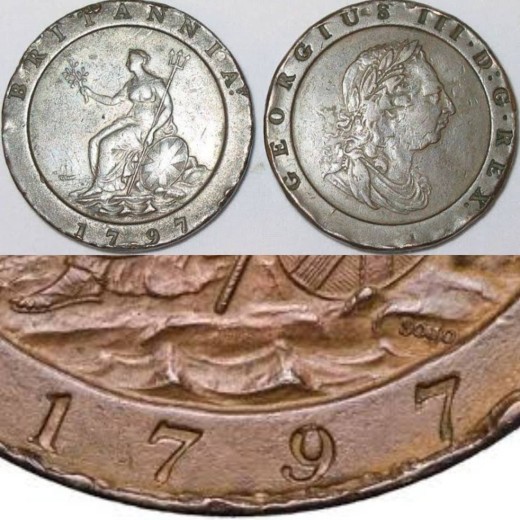