The Casablanca Conference (codenamed SYMBOL) or Anfa Conference was held at the Anfa Hotel in Casablanca, French Morocco, from January 14 to 24, 1943, to plan the Allied European strategy for the next phase of World War II. In attendance were United States President FranklinD. Roosevelt and British prime minister Winston Churchill. Also attending were the sovereign of Morocco Sultan Muhammad V and representing the Free French forces Generals Charles de Gaulle and Henri Giraud, but they played minor roles and were not part ofthe military planning. USSR general secretary Joseph Stalin declined to attend, citing the ongoing Battle of Stalingrad as requiring his presence in the Soviet Union.

The conference's agenda addressed the specifics of tactical procedure, allocation of resources, and the broader issues of diplomatic policy. The debate and negotiations produced what was known as the Casablanca Declaration, and perhapsits most historically provocative statement of purpose, "unconditional surrender". That doctrine came to represent the unified voice of implacable Allied will and the determination that the Axis powers would be fought to their ultimate defeat. 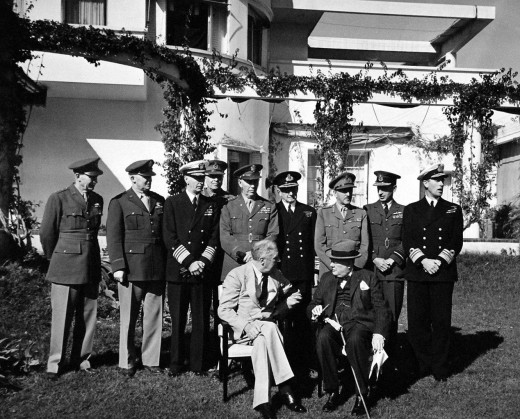