The primary image of just the theatre (with the tram tracks) was taken in 1942. The photograph with the lads riding in the back of the truck was taken in 1962 (after the rail was removed), and the image with the billboard was taken c1958(after a safety fence was installed). The time of the interior shot is unknown, but it was likely around 1955.

The Central Picture Palace was opened on 26th May 1921 at the corner of Majors Bay Road and Jellico Street, Concord. It was a one level cinema, containing 1,100 seats. In the late-1920s, it was re-built as atwo level cinema, with seating for 1,150, and was re-named Ritz Theatre. It was equipped with a Christie 2Manual/5Ranks organ in 1931. Organists who appeared here include Knight Barnett, Stan Cummings, LesWaldron and Jim Williams. Taken over by Western Suburbs Cinemas circuit in October 1934, the Christie organ was removed to the Strathfield (later Melba) Theatre in 1935.

The Ritz Theatre became part of the Hoyts Theatres chain from March 1944. It was operating on a restricted opening hours policy when it closed on 2nd January 1960 with "This Earth is Mine" and "Broth of a Boy".

The building became a storehouse for the Hoyts Theatres chain for several years. In 1977, it was converted into a supermarket.

Around 2010 the building was converted into apartments, with a coffee shop in the former foyer area. 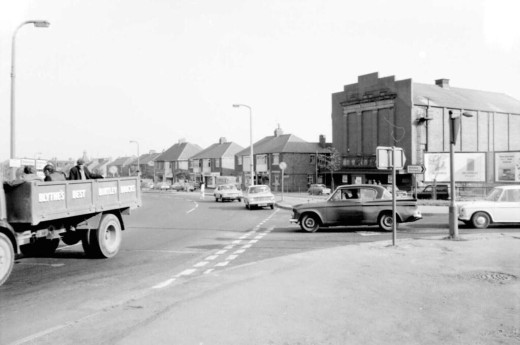 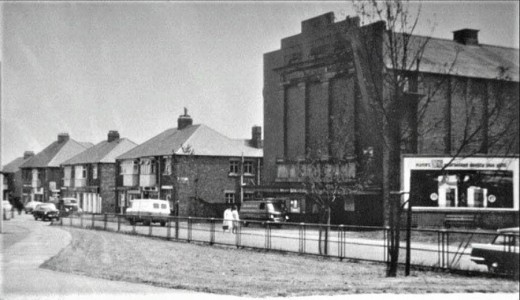 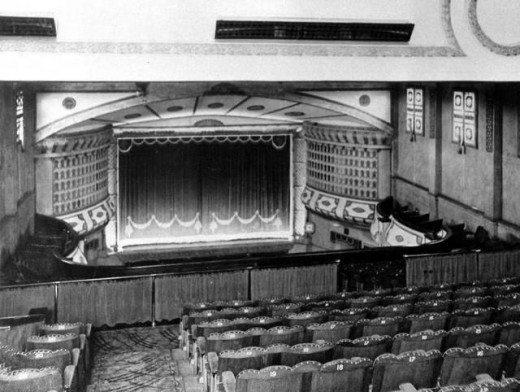 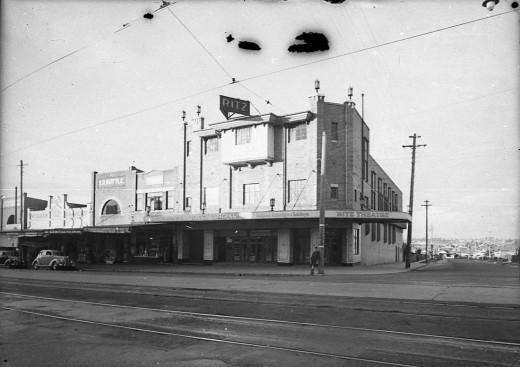 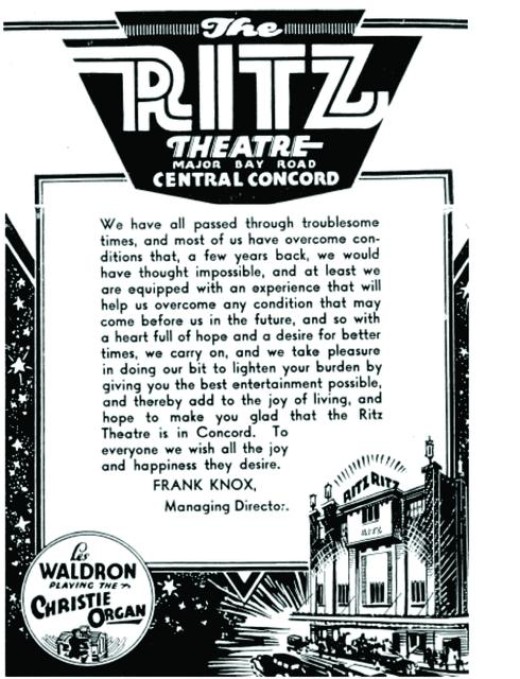