The Fawcett 120 Training and Touring Aircraft

The Fawcett 120 is a four-seat all-metal aircraft designed by LuigiPellarini in 1952 to the specification of Fawcett Aviation, a fixed-base operator and flying school at Sydney's Bankstown Airport (based on designs first drawn in 1941). The brief was simple: build a trainer suitable for use by theIllawarra Flying School - a Fawcett subsidiary. The construction at Fawcett Aviation began inFebruary, 1953 and the prototype flew for the first time on November 11, 1954.

In 1957 the aircraft was tested at the RAAF Aircraft Research and Development Unit and the Australian Army evaluated it for the AOP (Air Observation Post) role, eventually settling on the foreign-built the Cessna 180A (Fawcett had designsfor a 150 and 180 version, making it better suited than the Cessna). Had the military invested in the Fawcett design it would have provided an early start to light aircraft manufacturing in Australia, and a boost to Sydney’s aviation presence.

The aircraft was stored for many years in Illawarra's hanger at Bankstown (the 'other' half of the NSW Police Air Wing) until 1979 when its original 130 hp de Havilland Gipsy Major 1 Series 1 four-cylinder in-line engine was replaced bya Lycoming O-360 four-cylinder horizontally-opposed engine.

There's some unpublished controversy around the F120 that came direct from Doug Fawcett Senior before he passed away. Some of the designs made their way to Cessna, and some of the engineering is found in the current C15X series, suggestingsome lower-level espionage took place. The flying instructors at Illawarra and Chieftain (another school owned by the Fawcett family) heard the stories regularly (I was one of them). The C170 series first flew in 1948 – seven years after the original F120plans - but the C150 didn’t fly until 1957, nearly 5 years after the F120.

The aircraft has was donated to the Australian Aviation Museum by the late Douglas "Doug" Richard Fawcett, and it is kept in airworthy condition. 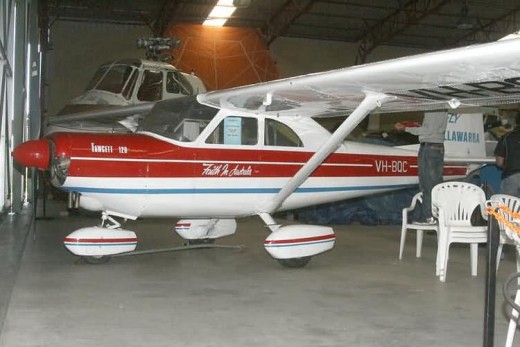 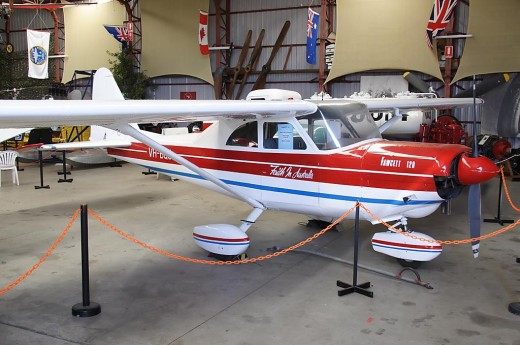