Soviet scientist Vladimir Demikhov pictured next to the 2-headed dog he created. After 23 attempts of grafting dog heads onto the bodies of other dogs, he managed to create one that survived for 4 days by connecting their circulatory systems and vertebrae, 1959.

Demikhov's transplantation work was widely reported inside the Soviet Union, where it was continuously criticised for being unethical, but it was not until the late 1950s that news of his experiments spread to the outside world. By the time American surgeons became aware of Demikhov's dog head transplantations in 1959, he had already been performing these procedures for five years.

Makes you wonder what secret squirrels are doing today. 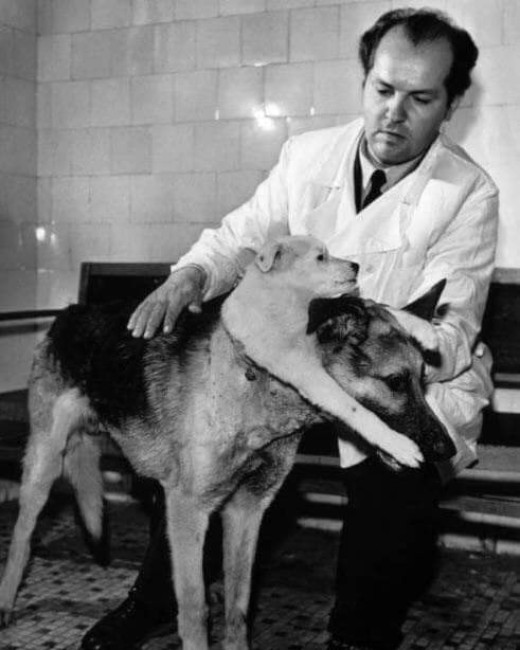