Special Photograph no. 731. Walter Keogh appears in the Photo Supplement to the 1923 NSW Police Gazette (7 February Group 1 p. 4) identified as a pickpocket, and later in 1928 (26 December, Group 4 p. 15) as a 'suspected person and bogusland salesman'. Keogh was also profiled in exposes in the newspaper Truth in 1928, as a 'go-getter',ie a con man who sells suburban building blocks at grossly inflated prices, by falsely leading the buyers to believe the lots may be promptly resold for a huge profit. See also 'Mug shot of PhillipElmsworth Smith'. 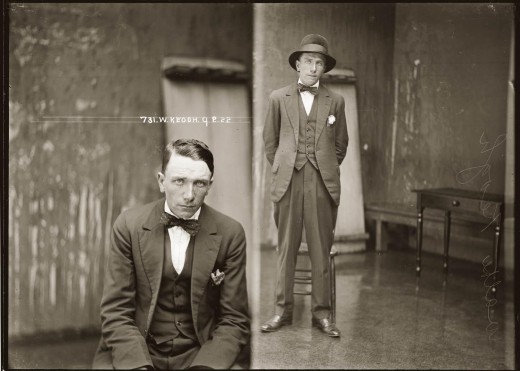