Wernher von Braun, designer of the Saturn V, poses in front of its engines, 1969.

Braun was the head of the German rocket industry during World War II. At the end of the war he - and a number of his Nazi colleagues - was given immunity from his war crimes by the US Government as part of project Paperclip. 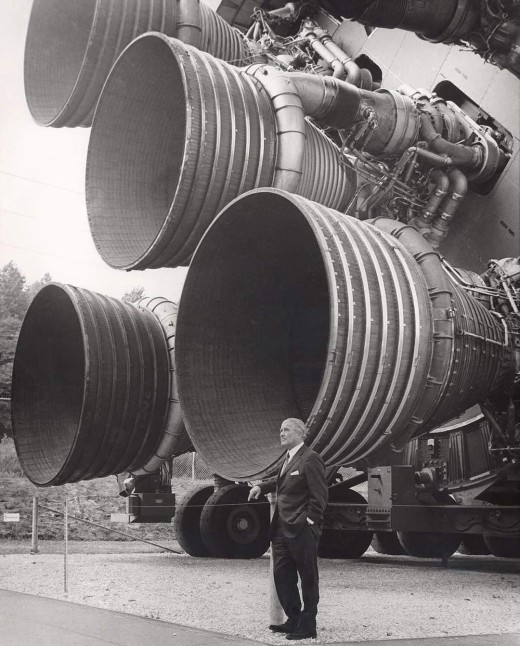