We’ve Always Done it This Way

Rear Admiral Grace Murray Hopper (9th December 1906 - 1st January 1992) was a U.S. Naval officer, and an early computer programmer (she was the developer of the first compiler for a computer programming language). At the end of her service she was the oldest serving officer in the United States Navy. Hopper is probably best known in modern culture for her “We've always done it this way” quote.

"Humans are allergic to change. They love to say, 'We've always done it this way.' I try to fight that. That's why I have a clock on my wall that runs counter-clockwise."

As a Naval officer it’s likely that Hopper’s quote was motivated in part by the frustrations of working within a military bureaucracy resistant to any change. But as a programmer and Naval strategist she understood that information wasn’t of use unless it was shared, turned into intelligence or knowledge, and then further developed from best practice into better practice.

Academics and historians have argued the interpretation of the ‘counter-clockwise rotating clock’ for as long as it’s been shared. We like to think Hopper’s remark was early tech-speak for ‘Think Different’. If doing what you’re doing doesn’t achieve results, then it’s time to do something else.

People will often ask BeliefMedia's Martin why the profile picture he uses on virtually every social media platform in inverted. He'll tell you that it's his version of a backwards clock. 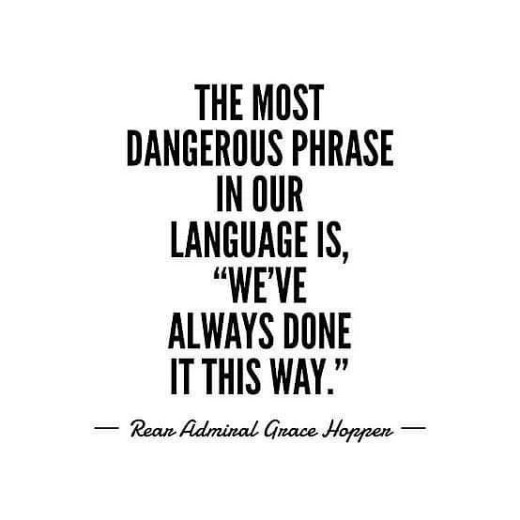