On Aug. 24, 1995, Microsoft - at that time a tech company with around $6 billion in sales and 17,800 employees - introduced their newest operating system, a product the New York Times at that time called “the splashiest, most frenzied, most expensive introduction of a computer product in the industry’s history.”

Windows 95 had a few notable add-ons, not least being the now-famous Start menu, a feature so significant that the company dedicated its launch ad to it. In addition to the Start button, Windows 95 introduced the taskbar, support for filenames up to 250 characters and “Plug and Play” support for installing new hardware.

The launch was hyped by a $300 million marketing campaign, including a “cyber sitcom” showing off the new features. Friends stars Jennifer Aniston and Matthew Perry made cameos.

In 1995, computers were still mostly for the office and productivity. But Windows 95 brought with it a word that consumers understood: “Start.” Start what? Start anything. 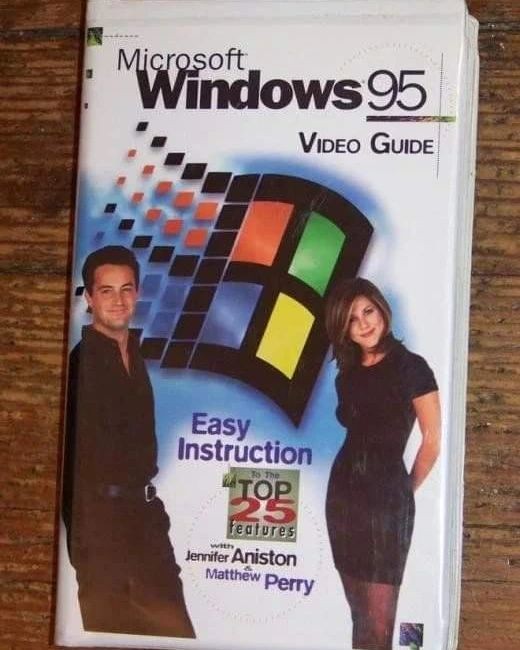