Looking south along George Street from the corner of Campbell Street, Sydney, 1901.

Pictired is the Australian Joint Stock Bank (established 1853), Anthony Hordern and Sons and Christ Chuch St Laurence in distance. A sign for the London Bank of Australia Ltd (651 George Street) and The Home Rule Tobacconist at right. 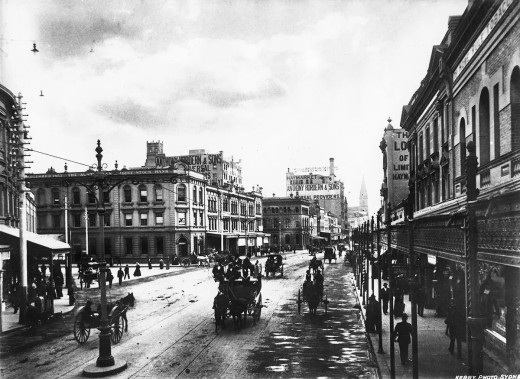 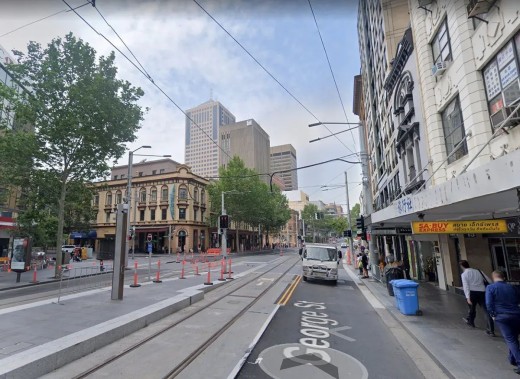