Originally built by J.J. Campbell in 1893 as the Commercial Banking Company of Sydney at a cost of £2840, the bank was vacated in the 1970s. The building was restored in 2008 as the Old Bank Hotel.

If the design looks familiar it's because the same construction was used in numerous locations, such as on Queen St., Campbelltown, and Manning St. Kiama.

The CBC commenced operations on the 1st November 1834, and was ultimately merged with the National Bank of Australia (National Australia Bank) in 1982. 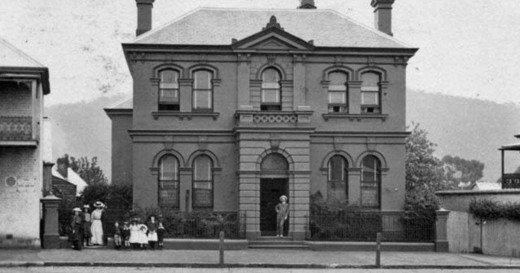