In 1999, AdAge declared De Beers' "A Diamond is Forever" the most memorable slogan of the twentieth century. But the campaign, which proposed the idea that no marriage would be complete without a diamond ring,wasn't just riding on the coattails of an existing industry. De Beers actually built the industry; it presented the idea that a diamond ring was a necessary luxury.

According to the New York Times, N.W. Ayer's game plan was to "create a situation where almost every person pledging marriage feels compelled to acquire a diamond engagement ring." Further, they told people how much they had to spend.

The "Diamonds are forever" slogan is so ingrained in popular culture that many are not aware of its commercial roots. 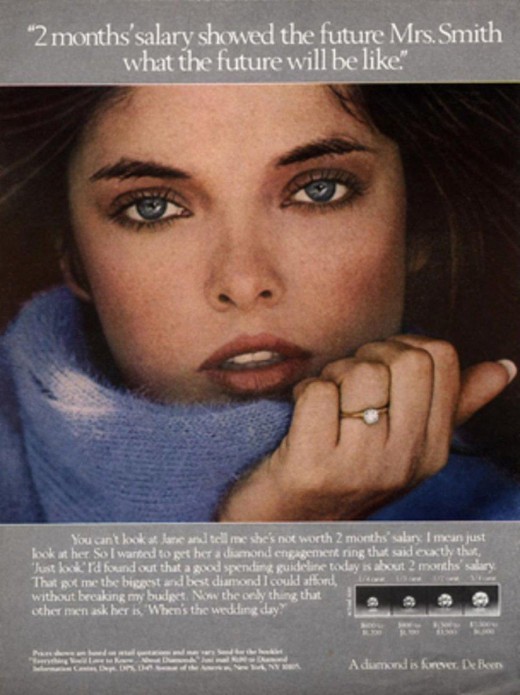