A large group of Australian retailers are in the sights of CHOICE for collecting sensitive biometric data from shoppers. The list is long and includes Bunnings, Good Guys, and K-Mart. Many claims it's for safety reasons, but the data is also used to identify patterns and behaviours in shoppers.

CHOICE consumer data advocate Kate Bower has slammed the practice as "completely inappropriate and unnecessary". She says that "... using facial recognition technology in this way (of everybody, including infants and children) is similar to collecting your fingerprints or DNA every time you shop ... using invasive technologies to capture customers' sensitive biometric information is unethical and is a sure way to erode consumer trust".

In a sense, reviewing consumer patters is akin to what we do online. We review pathways, measure funnel or asset engagement, and track all activity on the periphery - all identified to a user. The practice is one that is applied by many online businesses (with the exception of those in the finance space which is enjoying the very best of 1997 tech) and, unlike the retailers, Belief will actually act upon this engagement in real time (it'd be the supermarket equivalent of changing what's on the shelves, moving aisles in real time, or changing the checkout items based on our shopper understanding). However, when that technology starts to track our offline activity there's a potential ethical issue that needs discussion. What happens when retails start to share biometric data, or feed it into a central database? How is it stored? Is it available to Government agencies?

CHOICE has announced it is referring the retailers to the Office of the Australian Information Commissioner (OAIC) to investigate potential breaches of the Privacy Act. 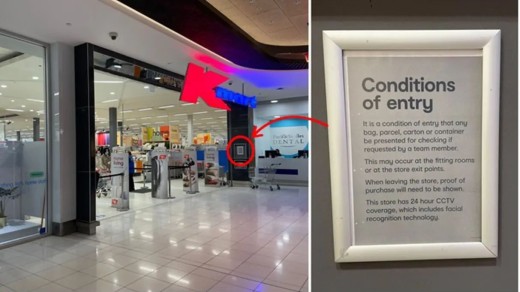